How we work
Custom apps

Who is this for? Founders who want to quickly find product market fit and not waste time building the wrong thing.

User testing is the compass that ensures that a founder is building a solution that solves a real problem and not just another widget that no one will use. However, user testing isn’t as simple as putting your idea in front of a random person and asking for validation. For it to work its magic, follow these 6 tenets of the User Testing Manifesto:

What separates the average startup from the highly successful ones? A laser focus on identifying who your end user is and what their problem is. Who EXACTLY is this solution meant for? What is their painful problem? How do they solve this problem today? If you don’t validate who your users are, you'll likely test with the wrong people who will give you the wrong answers.

As founders, you are confident and full of vision and purpose. You’ve had success in the past and you trust your gut. You’d like to get a functional product out to the public that shows your vision. But, what if you could validate that solution before you wrote a line of code or had a product to showcase?

Instead of making a product and trying to convince people they need it, user test at the prototype stage to weigh your concept against real users.

A prototype can be as simple as a drawing on a napkin or wireframing in Figma. Run through the concepts with your targeted users. Get their feedback. Make revisions. Test again.

After you go through this whole process once, you’ll be hooked on the User Testing Manifesto for life. ‍

Quick Tip: Set a goal to user test and iterate three times before ever committing to a product roadmap.

You don’t want just any feedback, you want valuable feedback. While it’s tempting to get feedback on every feature of an idea or product, you should resist the temptation to have testers eat the full five-course meal (the whole product) and then ask how the appetizer (one feature) was. Instead, limit user testing to specific features.

“The next big thing is the one that makes the last big thing usable."

We get it. We all want to be right. It's tempting to seek validation over genuine feedback – to blame the user for failing to see what you were trying to accomplish. Instead, encourage users by explaining that they can’t mess up. "We're not testing you, we're testing the product". This phrase will give them confidence to show you what works and what doesn't.

In the words of David Orr,

"Usability testing is the killing field of cherished notions."

Avoid blaming the user for not understanding. Resist thinking things like:

‍'If the prototype was a higher fidelity they would get it!'

‍'That user wasn’t technical enough to really understand what we were going for.'

Always take user testing feedback seriously, but understand that one voice does not make a choir. While we all like to work fast and break things, using limited feedback to make wholesale changes is almost as dangerous as receiving no feedback at all.

“If I'd ask customers what they wanted, they would've told me a faster horse.“

It would’ve been a shame if Henry Ford had abandoned the Model T to develop a faster horse. However, if he had user tested, he might heard things like:

'I want a quicker way to get to my destination'

'I need something with endurance so I can go farther distances'

'I don't want to clean up horse poop.' (oh good, you're still reading)

When you receive contrary feedback, don’t abandon your concept. Continue testing and confirm the problem you are trying to solve.

After testing, the results need to be analyzed and documented.

Once there is enough data to identify the outliers, start meaningful conversations with your team. This allows you to genuinely understand and solve the user’s needs.

Ready to get started?

The only way to get good at user testing is to practice. So follow the 6 tenets listed above and use our User Testing Cheat Sheet to start getting feedback that will save you time and help you build the right thing. 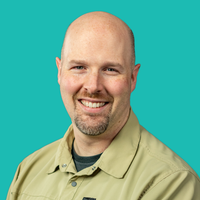 Be notified when new insights are published

Thank you! Your submission has been received!
Oops! Something went wrong while submitting the form.

We got 3 months of customer research in 3 days
Lots of Organizational Roadblocks
How important is a fellow innovator at your job?
Unclear on Business Impact
Stop The Blocker: The 5on2
User Testing Manifesto

Your bottom-line called and wants to know how
our Designtific Method can help.

Tell us about your project