Find the friction, then innovate

Find the friction, then innovate

‍
Looking for a place to innovate at your company? Maybe you are the founder who is trying to streamline an internal process, or maybe you are a creative problem solver who wants to get noticed for your creativity. Either way, here’s a shortcut to finding a place in your organization that’s ripe for innovation.

Map out the process

The best place to innovate is where there is friction in an existing process. You can start with an internal process (like training new team members) or a customer process (like when a customer is considering buying from you). Before you decide where to innovate, you'll want to start by mapping out the current process. We’ve got an innovation hack we love to use for this…with stickies of course.

We learned this process from the Sprint book by Jake Knapp – it's simple, quick, and powerful.

1. First, lay out 8 small stickies on a blank piece of paper (or full size stickies on your desk)

2. On the first sticky, write out the user’s first step (ex: search for your product)

3. Next, skip to the last sticky and write the user’s goal or final step (buy the product)

4. Now set a timer for 3 minutes and fill in the six stickies in the middle with steps in between

Find the friction (together)

1. Think through each sticky (picture it in your mind)

2. Identify which step you think has the most friction (or frustration), but don’t let anyone know yet.

3. Now it’s time for the innovation power-up. Think about who in your organization could give you permission to improve this step? We’ll call her “the decider”.

4. Show your 8 steps to the decider and ask some questions.

5. Write an exclamation point in the top right of that sticky and save it for the next step

We’ve talked before about how we use different parts of the brain to create ideas versus deciding which ideas to pursue. (Divergent thinking vs Convergent thinking)

1. Look at the sticky that has the biggest friction and potential impact. Hint: the one with the exclamation point

2. Take 3 minutes to brainstorm as many problems/frustrations as you can think of. (These should be frustrations the user would have, and you should write one idea per sticky)

3. Now turn each problem/frustration into a HMW*

4. Go back to the decider and ask them to select a HMW for you to innovate on

Congratulations! With just a small investment of time, you have gone from not knowing where to start, to identifying where you should innovate, to getting buy-in from the decider. And because she helped determine where you could innovate, you have a much better chance of success since it’s her idea too.

So what was the big difference between yesterday’s frustration of now knowing where to start, and today’s clear path forward? The difference was you had a proven framework to follow.

At Sodium Halogen, we get really excited about taking our day to day actions and turning them into a repeatable process anyone can follow. So you can imagine how excited we are about our soon-to-be-announced online course that’s going to take the “ideas for innovation” you created, and give you a proven innovation framework to go from idea to launch.

Be on the lookout for more information soon.

* The HMW brain-hack we learned from AJ Smart is to turn problems into “How Might We” questions. We call them “HMW”s because we are lazy efficient and don’t want to write that out over and over. 😉 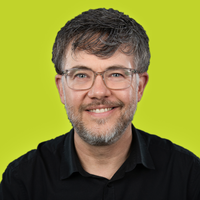 Be notified when new insights are published

Thank you! Your submission has been received!
Oops! Something went wrong while submitting the form.

Stop The Blocker: The 5on2
Do small experiments help you be more innovative?
When to create a process
How Apollo 13 inspired us to run a 1-day Design Sprint
User Testing Manifesto
10 problems all innovation teams face

Your bottom-line called and wants to know how
our Designtific Method can help.

Tell us about your project